HOFA announced that they have organized their 11th Xmas Mix Contest. It is open to all who want to spend some quality time with Xmas mixing. The closing date for entering the contest is January 21, 2020.

This year, there is a prize money of 2 x 1000 € for the best mix and the best remix of our contest song. In addition, there are Special Awards for outstanding mixes, donated by Neumann, Sennheiser, Toontrack, Sommer Cable, ADAM Audio, Ableton, Konig & Meyer and HOFA. The public voting is also considered for some of the Special Awards – it definitely pays to get some likes.

HOFA says 100 max analyses are raffled from all uploaded songs. This analysis gives you a feedback to try your mix and points out strengths and weaknesses – that alone makes your work worthwhile!

The song for the 11th Xmas Mix Contest is “Let There Be Snow” by HOFA CEO Jochen Sachse. It is a modern a cappella song with the fantastic lead vocals by Stephanie Lenk and Milos Malesevic, supported by four more singers and an impressive beat of body percussion and vocal drums. The tempo of the song is 90 bpm, the tracks are on hand as 24 bit wav files in 44.1 kHz and 96 kHz.

To enter, you need to download the contest song. Create your own mix and upload it as a stereo track. For more details, please visit the HOFA website. 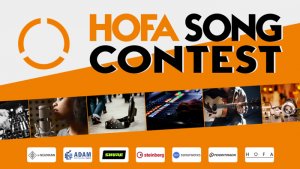 HOFA announced the 2019 HOFA Song Contest. The contest is live now. More than 800 musicians and producers uploaded their songs last year to present their music – and to get the chance to win great prizes.

HOFA is a German manufacturer of audio plugins and acoustic modules as well as a provider of audio engineering courses and a recording studio since 1988. The annual HOFA XMAS Mix Contest is now complemented by the Song Contest in the summer.

The HOFA Song Contest is for songwriters and producers. HOFA’s declared goal is the provision of a common platform and the promotion of outstanding talents.

Any solo artist, team, band, etc. can join in with a song of their own. Each participant can submit one track; remixes and coversongs excluded. Send us your song if you believe it’s a brilliant piece of songwriting and production. The participation is free!

In each of the six categories (genres) there is a main prize donated by HOFA. In addition, many attractive special prizes will be awarded (donated by HOFA’s partners). HOFA will also raffle 100 HOFA song analyses among the participants.

The genres are: Pop; Electronic Music; Hip-Hop, R’n’B & Soul; World & Miscellaneous; Rock & Heavy; and Traditional. Songs can be uploaded to the contest until August 5, 2019. From August 6, 2019, a jury listens to the songs and rates them. The announcement of the winners and awardees will be on September 2, 2019. 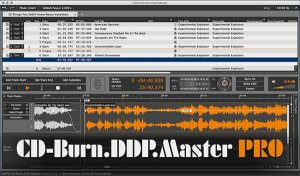 HOFA is offering a special presale price on CD-Burn.DDP.Master PRO. Order it now, and you will immediately receive the standard version and the PRO version in August of 2019.

Are you already a proud owner of CD-Burn DDP.Master? Visit the HOFA website to get your upgrade now for the amazing presale price. The PRO version is the upgrade to the previous versions of HOFA’s mastering software.

One of the features of the standard version is the ability to burn CDs, an important medium for music releases. You can create and burn Red Book compatible CDs and add additional information like CD-Text, ISRC, and EAN codes to the CD.

Another feature of the standard version is the ability to create DDPs. A DDP is a perfect copy of a CD with audio tracks, pauses, CD-Text etc. Most CDs these days are sent to the pressing plant as a DDP image. 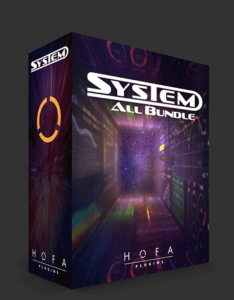 HOFA is having a sale on the HOFA SYSTEM All Bundle. The All Bundle is part of the HOFA Plugins SummerSpecial, where it is being offered for 50% off.

HOFA SYSTEM offers you 32 high-end plugins in 4 suites, which you can use in your DAW or connect them to each other in the revolutionary SYSTEM interface via drag’n’drop.

There are more than 300 throughly complied presets in the HOFA SYSTEM. Not only are they perfect starting points for your own creations – they sound just awesome, too! You can also add presets to your existing chain just via drag’n’drop and thus easily create your own individual high end channelstrip.

HOFA designed SYSTEM as the ultimate channelstrip. One HOFA SYSTEM per channel is enough to handle complete mixes. High quality Eqing, professional compression and impressive spatial design can be performed in a breath.

There are not only serial designs but also parallel, multiband, and mid/side controls always at hand and can be used for completely new processings. And with its flexible routing, feedback loops and complex modulation, HOFA System is the perfect tool for sound design.

HOFA is offering SYSTEM basic as freeware. You can download it for free from the HOFA website.

SYSTEM basic is the freeware version of the popular EQ, dynamic & effect toolbox by HOFA. 21 modules are available which you can use separately or combined. All routing happens automatically, whereby multiband, mid/side and dual mono routings are always on-hand.

150+ HOFA presets are loadable, but can only be edited to a limited extent. There are two different kids of presets. Presets for modules can be loaded in HOFA SYSTEM basic as long as the restricted parameters aren’t changed. For example, an AlgoVerb preset can be loaded as long as it uses the Plate algorithm.

Besides module presets a major feature of HOFA SYSTEM is to save whole processing chains. These chains can be loaded and changed in HOFA SYSTEM basic as long as all used modules parameters are available in the freeware. If a chain preset contains modules that would need a license it can only be loaded if it is a factory (HOFA) preset. In this case, it isn’t possible to change any routing or parameters.

There is a very detailed chart on the HOFA website that lists individual modules, points out its limitations (if any), and shows if it is always included of what full version it is available in.

The engineers at Germany’s HOFA software company understand this need for MOAR PLUGINS. That’s why they developed a plugin system called… System. Now, you know how plugins work. You add them one at a time to your tracks and then twiddle their various knobs and sliders for days at a time. And that works fine. But HOFA looked at that and thought, “Hey, Dawg. We heard you like plugins so we put more plugins in your plugins.” HOFA System itself is a plugin but it’s made up of a whole series of effects and processors that run inside System, thus giving you a plugin that’s essentially made up of other plugins.

HOFA began previewing System last year and plugin lovers cursed that they’d have to wait for an official release. But the wait is over, as System 1.5 is now officially on the street. 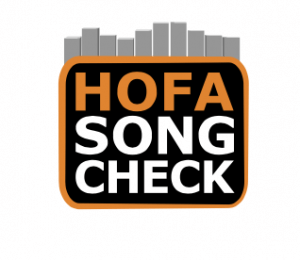 German audio-production software company HOFA has launched its second Produktions and Song Check Contest. The contest asks songwriters and producers to submit one original song in exchange for a chance to win different prizes:

The PSC is a competition especially for songwriters and producers. Our declared goal is the provision of a common platform and the promotion of outstanding talents.

Who can join in?
Any solo artist, team, band etc. can join in with a song of their own (!). Each participant can submit ONE track; remixes and coversongs are excluded. Send us your song if you believe it‘s a brillant piece of songwriting and production. The participation is free!

Each main genre has attendant sub-genres that allow participants to select the category that works best for their songs.

Winners of the song contest will be eligible to receive prizes from a number of different audio-production companies:

HOFA’s song contest runs until July 31st and is open to anyone submitting original music. Click any of the links above to learn more about the contest. 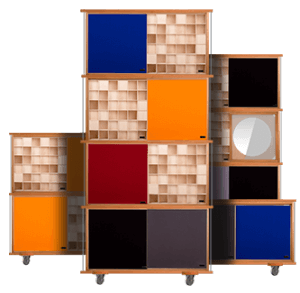 It’s crucial to ensure the space where you’re producing audio is properly soundproofed. This type of treatment will ensure that the sounds your capturing and hearing are as accurate as possible. And while it’s easy to trust the soundproofing and acoustics in a static environment that’s specifically designed for audio production, it can be a different story in remote locations or places that just can’t be permanently soundproofed. So what’s to be done in these circumstances? You can press the record button and hope for the best. You can try DIY soundproofing techniques like hanging blankets. But why not use a product specifically designed for this purpose? That’s where HOFA Akustik’s Mobile Wall comes in:

The Mobile Wall can be fitted with HOFA Diffusors, Absorbers and Acrylic Glass modules and is – due to its 4 rolls – easily movable from one recording situation to the next. Available in 4 different sizes (with heights up to 2,45 m), it will be a perfect part of your daily studio work.

A Mobile Wall can be outfitted with the different sound treatments mentioned above and is built on a wooden frame with four casters underneath, so it’s easy to move between different locations.

HOFA Akustik Mobile Walls come in a range of sizes and options. Pricing begins at 199.90 EUR. 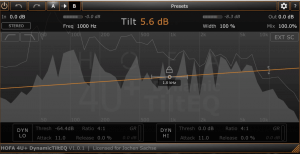 Audio-production software developer HOFA has released a new plugin called 4U+ DynamicTiltEQ. HOFA is billing it as “the world’s only available freeware TiltEQ,” boasting that users can “use just one knob for the perfect balancing of low and high frequencies on the highest audio level.”

HOFA came up with a “wish list” of all of the features they’d like to see in a TiltEQ plugin, and then proceeded to include all of them in 4U+ Dynamic TiltEQ:

The 4U+ Dynamic TiltEQ plugin is freeware and can be installed thru the free HOFA-Plugins Manager. The plugin works with Windows 7/8/10, Vista and Windows XP, as well as Intel Macs running OS 10.6 or later. HOFA provides AU, VST, VST3, RTAS and AAX versions of the plugin in both 32 and 64 bit configurations. HOFA has tested the plugin and confirmed it works with Steinberg Cubase/Nuendo/Wavelab, MOTU Digital Performer, Ableton Live, Apple Logic, Magix Samplitude/Sequoia, Avid Pro Tools, Cakewalk Sonar, Presonus Studio One, and Cockos Reaper digital audio workstations.