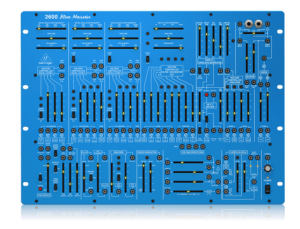 Behringer introduced the 2600 Blue Marvin, a limited edition, ultra-affordable and even more feature-packed homage to the iconic ARP 2600 synthesizer. Compared to the original Behringer 2600, the Blue Marvin features a mechanical spring reverb, hand-picked components, uni-color LEDs on each fader plus a super slick paint job that’ll make your setup pop!

Conjure up virtually any sound imaginable with incredible finesse and ease. The pure analog signal path is based on the authentic ARP 2600 circuitry from the 70s with matched transistors and JFETs. Owning a Blue Marvin is like having a piece of history enabling you to re-create timeless classics or forge your own musical path.

Great care has been taken in engineering the Blue Marvin’s true-to-the-original analog circuitry, semi-modular architecture and triple VCO design, all of which come together to recreate the classic tones evocative of classic electronic music. This is highly-focused attention to detail gives the Blue Marvin its ultra-flexible sound-shaping capability, which then empowers you to recreate amazing tones – from super-fat bass and tasty leads, all the way to full-on dreamy ambience from the far reaches of your imagination.

The synthesizer tracks laid down in the 1970s and 80s in progressive rock, wave and synth-pop have become classics and have inspired many other artists. The Blue Marvin lets you recreate all that magic – or design some incredible and original sounds that will make you a legend in your own right! 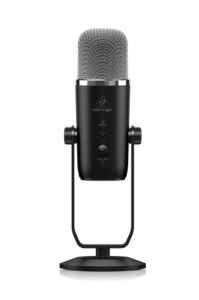 Behringer has introduced BIGFOOT, an all in one USB Studio Condenser Microphone. Behringer describes BIGFOOT as “your own home studio”.

The BIGFOOT is a digital home recording, gaming, streaming or podcasting enthusiast’s dream come true. This professional-quality condenser microphone comes loaded with 3 high-quality capsules and awesome features: with digital USB interface you are ready to record faster than ever – and with minimal preparation and equipment – just plug it into your computer and start recording. Record with your favorite software (Logic Pro, Audacity and that you can use it even for Twitch and YouTube streams) you don’t need to download any extra software.

Monitor and Control – Connect your headphone via 3.5mm audio out jack provided at bottom of the microphone. Monitor your voice while you speak via easy volume control knob. There is a built in hard mute switch that is very handy in some live streaming situations! 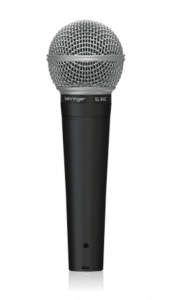 Behringer has introduced that SL 84C dynamic cardioid microphone. Dynamic mics have several advantages that make them ideal for live applications or recording amplified instruments. They’re robust, resistant to moisture and can achieve high gain before feedback. These microphones’ cardioid pickup pattern is designed to capture the source signal, such as a guitar amplifier or vocalist, while shunning off-axis sound.

Few things are more essential to recording or live dynamic performance than dynamic microphones. Ask any sound engineer and they will tell you to keep as many as possible on hand. Behringer brings you great-sounding SL 84C dynamic microphone with impact-resistant case, with stand adapters and mic clips so you’ll be ready to capture your sound in brilliant resolution.

GearNews reported that the new Behringer SL 84C is priced at USD $11.00.

Features of the SL 84C include:

For years, Firewire was the reigning technology when it came to sending multichannel audio to/from an interface and a computer or other host device. While it’s still technically possible to use Firewire in many instances, the protocol is clearly giving way to other connection types like Thunderbolt and USB 2.0 (and probably down the line, USB 3.0). With that in mind, I was recently in search of a new USB 2.0 mixer. I wanted the ability to send multichannel audio to my computer for recording, and my current mixer, equipped with a USB 1.1 connection, could only send two audio channels. I began searching around for new gear options and was frustrated by just how difficult it was to find mixers and interfaces that met this requirement. After hours of searching and some suggestions I received on a couple of different podcasting-related forums, here’s the list of all USB 2.0 mixers and interfaces I could find that sell for less than $1000US.

That’s all of the multichannel USB interfaces/mixers I could find for under a grand. Did I miss any? If so, leave the information in the comment section below. 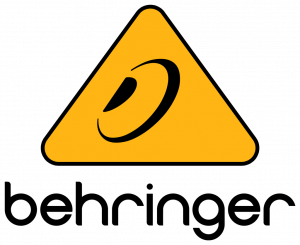 Music Group has recently made big investments in upgrading its manufacturing facilities. It’s likely that the company made this acquisition to improve its service and support of the professional A/V market, including venues and touring productions. Also, many of TC Group’s products are complementary to those that Music Group (and specifically Behringer) is already producing. The two companies are known for their audio processing and production devices as well as electric guitar and voice enhancement products.

This move would seem to be further proof that Music Group’s trajectory is on the rise. For years, Behringer, the company’s flagship brand, carried a bad reputation. Its products were often seen as cheap, inferior toys when compared to other brands. Many critics claimed that Behringer’s products were just ripoffs of superior gear made by companies like Mackie or DBX. A few years ago, Behringer went on a mission to try and reverse the company’s negative perception. Since then, Behringer has worked hard to improve its products and they even turned a skeptic like me around as I now own a couple of their rack-mounted processors.

The news of this acquisition is further proof that Music Group is headed in the right direction.