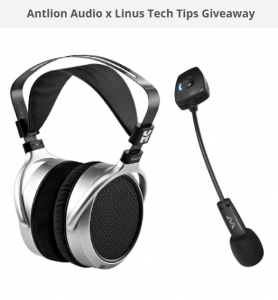 Antlion Audio and Linus Tech Tips have a giveaway. There are six ways to enter the giveaway, and eleven days left to enter (at the time I am writing this blog post). You could win a ModMic Wireless and a pair of Hifiman 400s planar magnetic headphones to create the ultimate headset.

The six ways to enter are unlocked one by one. Complete one, and the next appears. You will need to give Antlion Audio your full name and email address in order to enter the giveaway.

With Antlion Audio’s new lineup there’s a ModMic for everyone. For the analog lovers, their ModMic Uni delivers exceptional flexibility. With the right adapter, you can plug it into virtually everything!

For PC and PS4 users who put quality above all, the ModMic USB delivers superior quality thanks to a wired USB connection.

And the ModMic Wireless finally bridges the wireless audio gap. Thanks to Antlion Audio’s clever design it is the first aptX Low Latency wireless mic on the market to deliver full 16-bit 48kHz audio, the same quality in most desktop mics!

Hifiman HE-400s planar magnetic headphones are comfortable. The company’s current flagship HE1000’s are without question one of the top headphones at any price in the market today. While it is exciting to see how far up the sonic mountain these top of the line products can reach, for most headphone aficionado’s these prices are prohibitive. Enter the HE400s. Priced at an affordable £249/$299, these comfortable and easy to drive new headphones are just the ticket to get a taste of champagne on a sparkling water budget.

The giveaway is open worldwide. Winners outside the USA may be responsible for import fees, taxes, and/or duties. Retail MSRP of package $420 USD. 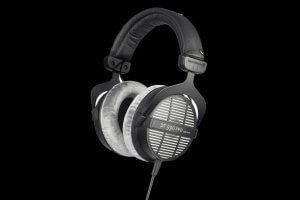 The Beyerdynamic DT series has been a long time favorite of Antlion Audio and their customers. That’s why Antlion Audio is particularly excited to announce that they are now official resellers of the incredible Beyerdynamic DT 990 & 770 Pro headphones! The DT Series has commonly placed in the top 3 headphones used with ModMics based on Antlion Audio’s survey results and commonly appears in their yearly headphone roundups, including the DT 770 taking the #1 spot in 2017.

Antlion Audio is thrilled to become an official reseller of Beyerdynamic and can now offer them for sale from their website, including the creation of two new bundle offers.

They are starting with the two most popular models, the DT 770 and DT 990. Both are extremely comfortable. They are both extraordinarily durable as well, with lifespans often measured in decades as opposed to years.

The DT 770 is closed back and Antlion Audio is offering the 80 omh version. This is an easier to drive headphone, which means it will work on basically anything you plug it into. Because it is closed back it offers great noise isolation and is simply fantastic for cinema sounds with a strong “V” shaped sound signature.

The DT 990 by comparison is open back and Antlion Audio is offering the 250 ohm version. This may require an amp for some applications and motherboards, but the additional clarity and sound stage you get from the differences is well worth it in Antlion Audio’s opinion.

No matter if you need closed back for noisy environments or want the advantage of a precise and wide sound stage, neither model will let you down, especially when you pair them with a ModMic. 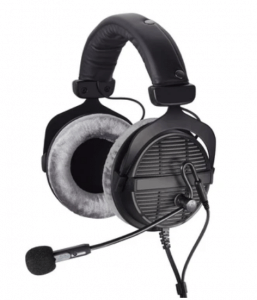 Antlion Audio is participating in Prime Day – and extending those sales for a week. Prime Day is October 13 and 14 and ModMics will be on sale. Antlion Audio says that if you miss the Prime Day sale, the same deals are available on their site all week long, through October 16, 2020.

ModMic USB is regularly priced at $79.99, but is on sale now for $69.99. The clarity of the first USB terminating ModMic is unmatched! The ModMic USB comes with dual mic modes, including Antlion Audio’s award-winning omni-directional capsule for broadcasts and a brand new premium noise-canceling uni-directional mic for noisy environments. This is the best wired ModMic ever made.

ModMic Wireless is regularly priced at $119.95, but is on sale now for $99.95. ModMic Wireless delivers full DVD quality sound with blistering aptX enhanced speeds 5 times faster than standard Bluetooth. With increased speed and data, ModMic delivers a broadcast quality signal unheard of in wireless microphones. The 12+ hour battery can be charged while in use, ensuring you never miss a moment. The elegant digital quick mute silences the mic instantly. 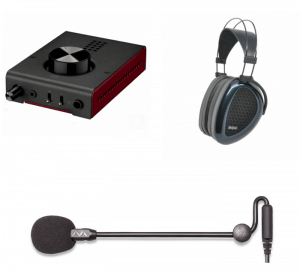 We know that with the current hard times, lots of people are having to adjust to new work and home life situations.

Well we are too, so we called our friends at Schitt Audio and Antlion Audio to put together a great package to make working at home, socializing online with friends, staying in touch with family, and simply enjoying music, games and video more enjoyable, at a price that will shock you! 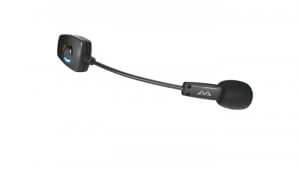 Antlion Audio released a defective ModMic Wireless alert. They have identified a range issue in their most recent production of ModMic Wireless. If you or someone you know purchased a ModMic Wireless after August 1, 2019, and are experiencing connection drops or quality issues, you may be affected.

This alert is for those who have noticed that their ModMic has been experiencing connection drops or cutting out while they talk. Antlion Audio said that this problem appears to only affect certain ModMic Wireless units that were purchased after August 1, 2019. Other than lower than normal range, these units work perfectly.

If your ModMic Wireless is dropping signal or cutting out, Antlion Audio recommends you contact their Customer Service with proof of purchase (receipt or order number), purchase date, and where you purchased it from (name of store and country). They will resolve the issue as quickly as possible.

ModMic Wireless units available from Antlion Audio are described as “working perfectly”. They expect that Amazon US to be back online for them soon. Other retailers are working on ensuring only fully functioning ModMic units are on the shelf. 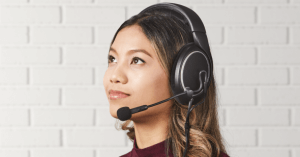 Antlion Audio presents the ModMic USB and the ModMic Uni. They are part of the new ModMic line (which also includes ModMic Wireless.)

The ModMic USB is the culmination of all the things we learned from ModMic 4, ModMic Wireless, and Antlion USB Sound Card in one.

Microphone Capsules
Antlion Audio upgraded the ModMic USB with the new, premium, uni-directional mic they use in the ModMic Wireless. This noise-canceling mic sounds better than their previous generation mic, and that says a lot given their previous mics are known for their outstanding quality. They also kept the dual mic modes from ModMic 5 design, reusing the same incredible omni-directional capsule for that extra oomph of quality if you want to full broadcast mode.

Microphone Preamplifier
Antlion Audio built an amp into the tip of the ModMic USB to ensure a loud and high-quality signal with no distortion. This is one of the key components that ensures the ModMic Wireless sounds so good, and is only possible thanks to the USB power source.

Premium ADC
Antlion Audio believes their USB sound card is a step beyond the curve, but there was still room for improvement. So they took what they learned from their USB Sound Card to create a new and incredible analog to digital conversion (ADC) featuring a premium ADC chipset. Between this ADC and our premium mic capsule, we create a really impressive dynamic range for the mic with nothing left behind.

Digital Mute
Once again borrowing from their ModMic Wireless, they used what they learned to create an in-line digital mute switch. Easy to reach, absolutely silent. 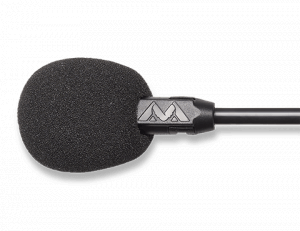 Microphone Capsule
It has the same incredible noise-canceling mic capsule found in the USB and ModMic Wireless.