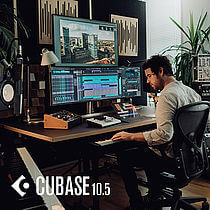 With the 30th anniversary of Cubase, Steinberg announced the release of Cubase 10.5. It is the latest version of the award-winning music production system that combines sophisticated audio/MIDI tools with pristine audio quality. There’s a lot to discover, with many new, powerful additions and an array of improvements to existing features.

Cubase 10.5 follows up the highly anticipated landmark release with many significant improvements, additional and inspiring tools and major workflow refinements. Whether you’re looking for creative inspiration or new ways to speed up your professional workflow, the new features in Cubase 10.5 specifically cater to your needs.