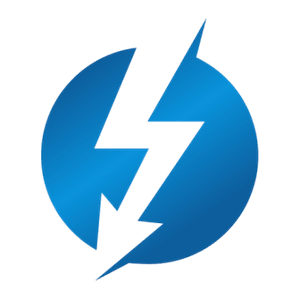 Thunderbolt is seen by many as the latest and greatest protocol for things like high speed data transfer and HD video production. And while Apple has included Thunderbolt inputs on many of its desktop computers for awhile, the technology has been somewhat slow to catch on. Of course, the progression of technology waits for no one, and despite its lack of ubiquity in the wider world, development of newer and faster Thunderbolt technologies has carried on.

This week, Intel announced that Thunderbolt 3, the next version of the Thunderbolt protocol, will use USB-C style connectors instead of the connector types previously found on Thunderbolt cables and devices. USB-C made a splash earlier this year when it was implemented as the lone connection jack on Apple’s new MacBook, eschewing individual ports for USB, power, and audio/video. USB-C works with a “breakout” style cable that has multiple connectors for all of the different protocols typically used by modern computers.

If you’re confused by this development, don’t feel bad. It left me scratching my head, too. The Verge explained it like this (article linked above):

A Thunderbolt 3 cable will look like the current USB-C cables and will support the same power and data transfers, but it will also be capable of much higher throughput (40Gbps) in Thunderbolt mode. The only distinguishing mark? That small lightning logo on the connector itself. This is important because Thunderbolt works by integrating electronics directly into the cable itself — regular USB-C cables obviously won’t be able to carry out transfers at Thunderbolt 3 speeds.

Overall, this change makes sense. After years of dealing with many different types of connectors for cables and peripherals, it could be a real convenience for consumers and manufacturers to have one connection type. But it’s going to be a rocky changeover, especially for those who’d like to keep using older Thunderbolt devices.