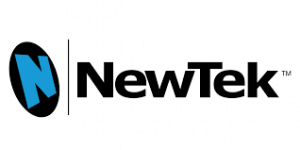 Newtek, the Texas-based technology company best known for its Tricaster line of products, recently announced the development of a new protocol for connecting video equipment to Ethernet networks. The protocol is named Network Device Interface (NDI). From the Newtek press release:

…a new open standard for live production IP workflows over Ethernet networks. NDI allows multiple video systems to identify and communicate with one another over IP, and to encode, transmit and receive many streams of high quality, low latency, frame-accurate video and audio in real-time. This new protocol can benefit any network-connected video device, including video mixers, graphics systems, capture cards, and many other production devices.

NDI will be available as a free, open-source SDK in Q4 of 2015. Newton expects many software developers and hardware manufacturer will begin adopting NDI, helping to ensure it’ll become the new standard for connecting video equipment to IP networks. Also, the NDI protocol should work with most existing video applications and hardware products from the beginning. NDI is also compatible with SDI equipment as well as many other established network technologies.

This should prove to be a real game changer for media producers going forward, as it’ll improve video production workflows and make it easier to integrate different types of equipment in different locations.